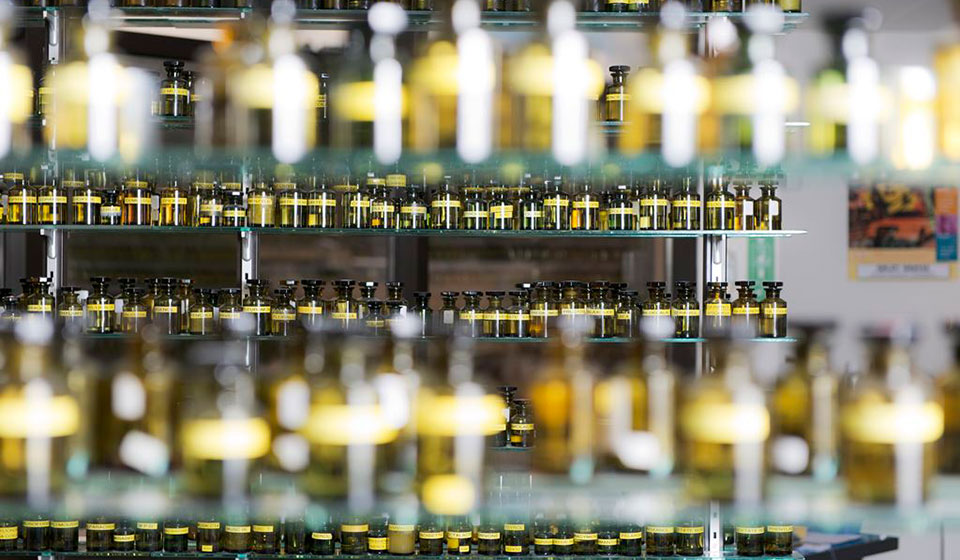 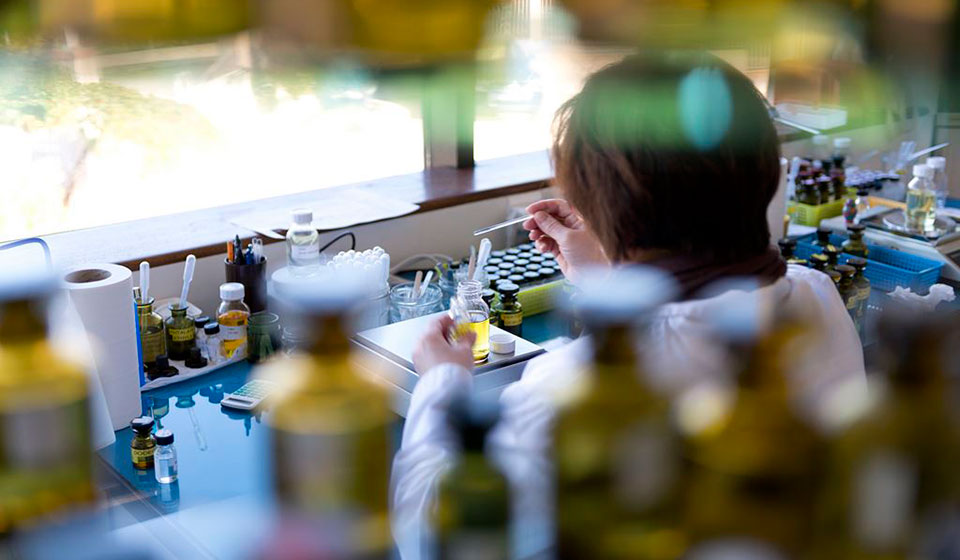 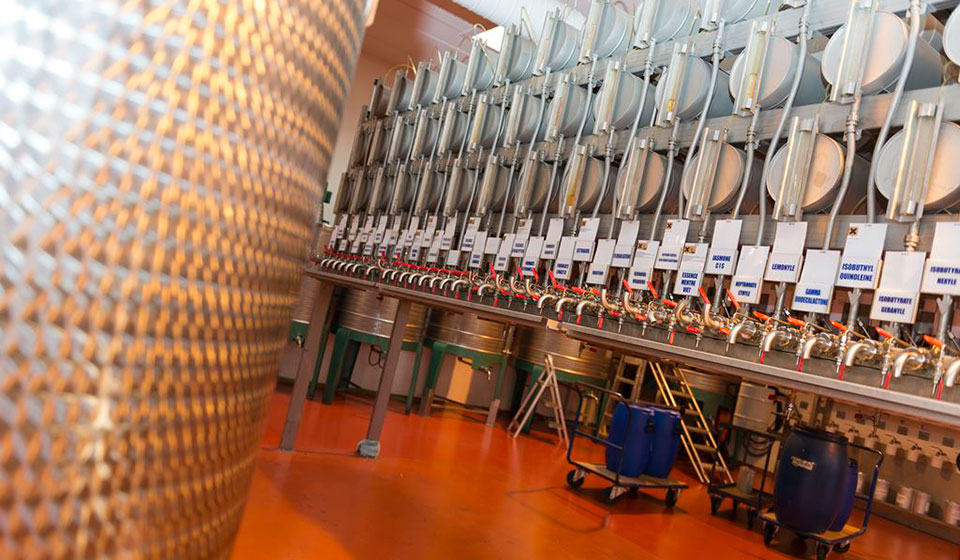 CHRISTIAN DUSSOULIER
with his team of perfumers

Having graduated from ISIPCA, Christian worked for eight years at Givaudan, followed by 14 years at Firmenich, before going on to create his own company, Créations et Parfums.

A fine fragrance specialist, he has overseen a number of projects and worked with all of the greatest perfumers, including Jacques Cavalier, Alberto Morillas, Thiery Wasser, Annick Menardo and Christine Nagel. 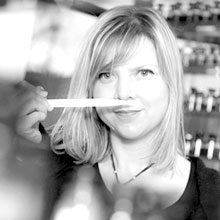 Jennifer Riley was born in New Zealand near Auckland. She grew up in this region and discovered perfumery at the age of 18. Influenced by the gourmet aromas of red fruits, her favourite scents feature floral and fruity notes. Her preferred natural flowers are boronia and freesia, and the synthetic ingredients which work best for her are ambroxan and cepionate.

For Jennifer, perfumery is like a puzzle consisting of a huge variety of notes that have to be blended together in order to arrive at the desired result. It is this quest for perfection and pleasure which makes her truly passionate about her trade.

Having trained at the London perfumery school, IFEAT (International Federation of Essential Oils and Aroma Trades), she furthered her study of the perfume trade in France alongside the perfumer Jean-François Latty at the Grasse Institute of Perfumery. After completing her training with companies in Grasse, Jennifer joined Créations et Parfums in 2006.

She is currently working on a fresh and sensual floral fragrance for women for a lingerie range. Her most recent success was for IKK: Believe In You. 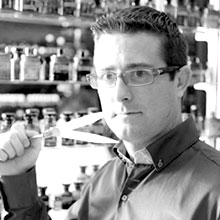 Sébastien Martin was born in Paris and subsequently settled with his family near Cannes. He was fascinated by a presentation given by a flavourist from the company ROBERTET during a jobs forum at his school. The presenter's introduction to the subtleties of strawberry flavour made the young Sebastian, aged only 13 at the time, want to work in this field in the future.

After studying Biochemistry, Sébastien specialised in Analytical Chemistry at the ASFO in Grasse. Upon completing his studies, destiny brought him into contact with ROBERTET a second time and he became an employee of the company in 2000. He worked as part of the team of perfumer Michel Almairac until 2009, when he left to join Créations et Parfums.

In the end, Sébastien Martin would focus on fragrances rather than flavours. Inspired by the fruity animal flavours of natural osmanthus and musky, ambery synthetic cashmeran, he remained fascinated by the richness and timeless quality of perfumes. It was therefore only natural for him to look to the fragrance Eau Sauvage by Christian Dior as a reference. For Sébastien Martin, perfume has a unique ability to transmit strong emotions. Creating such emotions for the largest possible number of users to experience is what he is most proud of.

Sebastien is currently working on the creation of a fragrance for kids, targeting teens in particular. His most recent success was for Jacomo: Jacomo Oud. 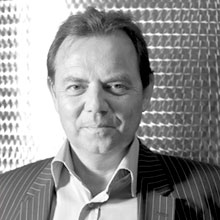 After graduating from ISIPCA in 1983, Corinne Cachen started out at Florasynth, before going on to work for Créations Aromatiques and finally for Drom Fragrances International for some twenty years.

Travel, escapism, freedom and passion have always been sources of inspiration for this talented perfumer who also draws on her childhood for ideas...as well as the olfactory richness of her surroundings. Originally from the south of France, she has a soft spot for a range of scents that remind her of Provence. Her childhood spent in the West Indies determined her preference for warm, spicy vanilla notes. Her passion for perfumery arose out of her diverse cultural background. 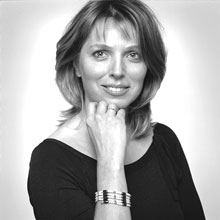 What is your defini¬tion of the perfumer profession?
C’est un métier de sensibilité, de curiosité, de recherche permanente.
It is one of sensitivity, curiosity and ongoing research. It is a privilege to do such a job, each day creating new olfactive combinations, playing a part in the role of seduction and the pleasure it has to offer. It releases our emotions and lets our imagination wander. It allows us to reproduce as faithfully as possible what nature has to offer...

What is your olfactive universe ?
My tastes are eclec¬tic and diverse. They swing between the pa¬lette of sparkling green notes, daring and insolent and the more sensual notes of resins and balsam, warm and enveloping.

If you were a quality?
Generosity. I love to prepare and share good food around a table with friends, family and child¬ren. My tastes therefore tend to lean towards the hot and spicy notes, masculine and highly pro¬nounced, but I also appreciate colognes. I can identify with these contrasts.

If you were a raw material?
Patchouli... it possesses a rather complex olfactive archtecture which, through its many facets, can be likened to a fragrance.

If you were a character trait?
Independence. Surrounded yes, in my life, but not when I create. I want to feel free, no restrictions, no constraints. This is when I create best.

If you were a frame of mind?
Without hesitation, inte¬grity. This is one of the terms that best des¬cribes me.

If you were a colour?
BLUE.

If you were a place?
A beach, a rippling sea. Space, the horizon, where blue colours meet... Here I can find both tranquillity and strength.

If you were a famous person?
Yehudi Menuhin.

Born in Cannes, Michèle Saramito comes from a family of perfumers, like many of her colleagues. Michèle Saramito joined Robertet in 1976 and was trained at the company internal school. A painter and a drawer, shed best expresses her artistic talent through the creation of fragrance.

In 1986, the brand Tartine et Chocolat decided to launch its first fragrance for children, Ptisenbon. This creation marked the start of Michèle’s favour for fresh scents (eaux fraîches). 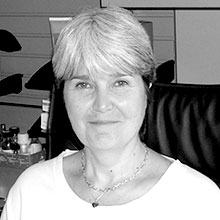 Where do you get your inspiration from?
From many things.
Painting, for example, (especially the Impressionists), travel or a particular feeling.

Your oldest smell-related memory?
BANDIT BY PIGUET. My mother used to wear it and it's also the perfume which made me like chypre.

What is your signature characteristic as a perfumer?
Freshness. I'm often approached to work with fresh notes in general. I particularly like citrus top notes.

What is it that makes a particular perfume stand out?
For me, a perfume which arouses emotions.

Which perfume inspired you the most and why?
EAU SAUVAGE BY CHRISTIAN DIOR. I love this fragrance's richness and chypre accord. It's a sophisticated, elegant perfume which triggers emotions. It brings together all of the qualities of a good perfume.
And it's also the perfume my father used to wear.

When did you first work with perfume?
When I started at Robertet as a perfumer's assistant, I was immediately fascinated by perfumery and its natural ingredients.

What are you most proud of?
Creating Tartine et Chocolat. I love fresh notes and this perfume was my first in a series of creations based on these.